3:00 am
Only had a few hours of sleep..But have to wake up. My sisters wanted to see the hot air balloon and i was dragged through it. Half of me wanted to come and the other half is thinking of the long ride we'll have. waking up early. ..so many people on the event!! and the long line for the comfort room!!! It would be an experience you'll never forget...but tiring! BUt here I am.. waking up!


4:30 am : ate breakfast and on our way to Clark Air Force City, Clark Freeport, Angeles City in Pampanga. We took NLEX (North Luzon Expressway) and exit at Dau, Mabalacat. Then, after the exit, took a left turn towards Angeles City and the rest of the way.. forgot where we turn again..hehe.. we asked a jogger but he only smiled at us..( I think because he's running so fast that he doensn't want to ruined the momentum that he has) so we asked another uniformed man where the hot air balloon fest is being held. He told us to just follow that car (before we asked him  the driver of  the black car was asking him so to save time and maybe he doen's want to explain anymore he just pointed it to us.) The trip was about an hour and a half from Manila. (no traffic yet at that time. The one that took us the longest for about 5-10mins was when paying for the toll fees) 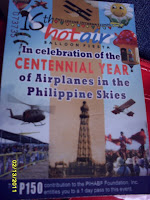 6:00 am @ clark air force! As I thought! there are so many spectators. all of them have DSLR cameras. I only have my point and shoot cam. hehe


- there's a long  line for the ticket near the entrance. Luckily we have our tickets! A friend was there earlier than us. ( note to self: next year be there  earlier).

- almost all the ballon are inflated and are ready to fly! I was hoping we can watch while they are checking things like what I had read in k-zone! 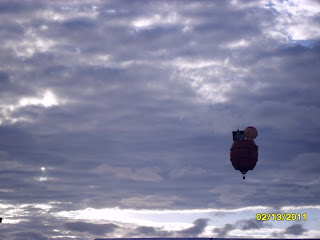 I heard that if you want to ride the hot air ballon the minimum charge is US$150! Yes, peepz! It's in $$$$$!!!! and it's a first-come-first-served basis. I really want to ride but since we were not early and the ride is expensive we just opted to WATCH it. Happy sailing! hays. What would it feel like up there??? The sight must have been spectacular! Yes, it might be windy up there but i think it would all be worth it! Just the experience of riding one must be exhelirating!! and you would be up there for hours. they took off at 6am and they would land at 4 or 5pm =)


Here' s the list of the program that they had on this day: 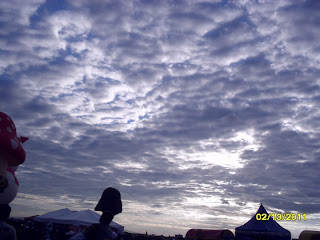 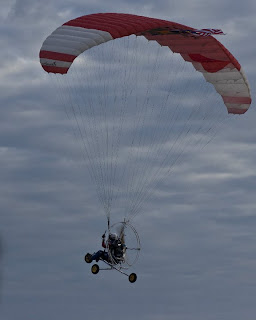 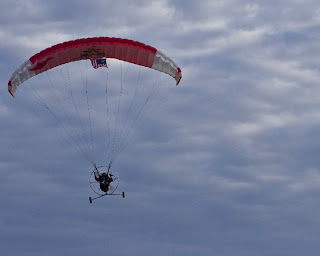 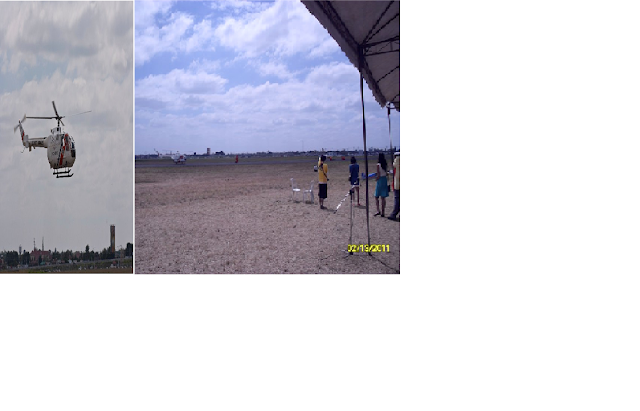 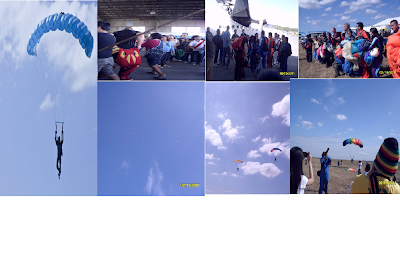 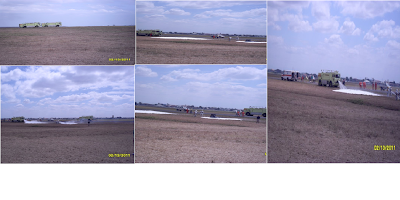 Just as I thought..there would be a long line for using the Portable CR's!!! And some of them have poop in them. My nephew told me that the one that he got into was filled to the brim but since he can't hold it anymore he still peed :))

THey also have wall climbing. The ticket cost PhP 50.00. I ALMOST joined my nephew but I was really holding my pee so..maybe next time =)

They also gave a free slurpee! =) 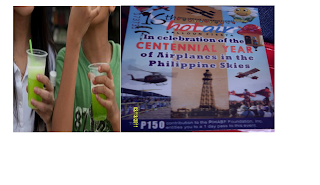 for a ticket worth PHp 150.. It's not bad! Sulit na SuliT!!! There are many shows and you also got a slurpee!! ( I heard that there's also a free photo printing but we were not able to find it.) Money well spent! Oks na oks! hehe
DO YOU WANT TO JOIN THE AIR FORCE??? Here's the requirements: 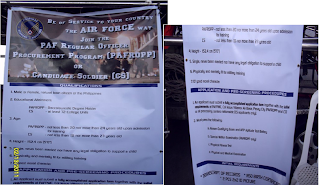 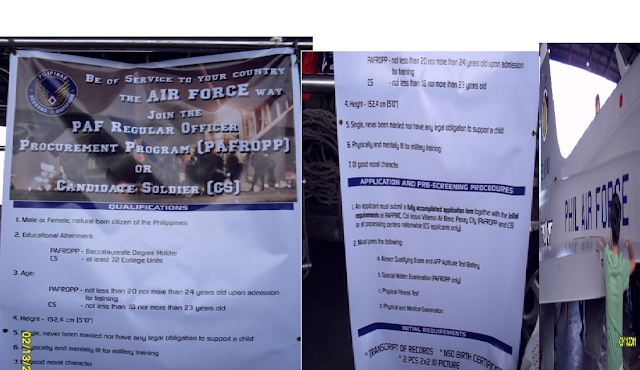 At past 3:00 pm we we're hungry already so we went to Marquee mall and ate lunch at Giligans ( I was not satisfied with their service. They did not give us serving spoons and there are a lot of flies flying around).
We were also able to witness the petals churvaness ( I forgot! ) A helicopter would shower rose petals over the park of  Marquee Mall. We did not wait for the Hot Air Balloon Night Glow. We wanted to avoid traffic in going home. So far, the day was well spent. We enjoyed it even if it was hot, tiring and a long journey. I can't wait for next year! I am hoping that they would give free lessons for skydiving and letting them experience the joy of skydiving! I really want to try skydiving!!!! so pleaaaaaasssseee!!!! 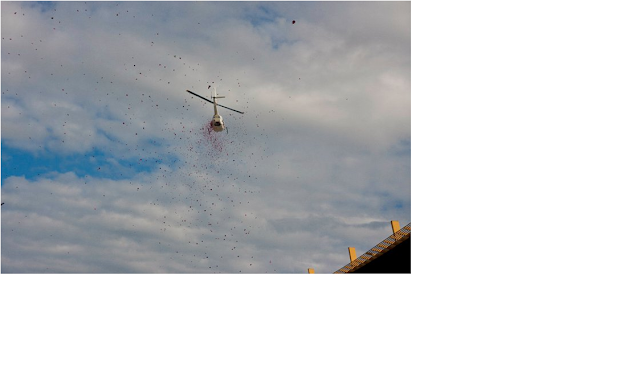