I've been planning to watch this movie but I never did. Last week my sister bought lots of CD for us to have a movie Marathon.

I've watched Meet the Parents and Meet the Fockers and when they installed the third movie as Little Fockers I was excited to what will happen since the first two were hilarious. I was looking forward for the time it would hit the Movie house here in the Philippines but wasn't able to go to the Cinemas,so thank you Honey! ^_^ 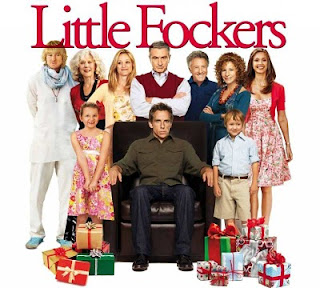 The movie begins ten years after Greg's marriage to Pam. They have five year old twins named Henry and Samantha. Jack (Robert de Niro) learned that Dr. Bob Banks, the husband of his second daughter Debbie, has been cheating on his wife and divorced her. Jack have health issues and called Greg and told him that he's now appointing him to be the new head of the family as the "God Focker". Greg agreed. After the call he tried to mimic Jack (strict figure) and told his son, Henry that his mother prepared the food so he should eat it. Henry's not feeling well but obeyed his Father and then hurl at him after eating. 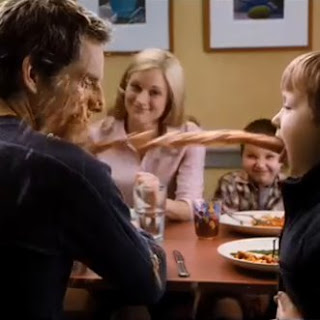 Greg, like every common household have financial issues and have some minor problems from his job. He's dreading his in-laws' visit, especially his father-in-law Jack. He has to prove that he's worthy to be the "new" head of the family as the Godfocker.

At Thanksgiving, he was the one who cut the turkey with the knife that has the symbol of Jack's family and that has been handed down from generation to generation. It was a symbolic move for him to be the one to carve the turkey. But he cut his hands and his son see's all the blood from his hand.

Pam's ex (Owen Wilson) appears at their doorstep and Greg sees that his in-laws were warm to him.
He has to do something to make himself worthy to his father-in-law's eyes. He tries to get his children in a prestigious school, builds a new house and get his finances in order. 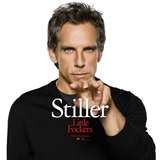 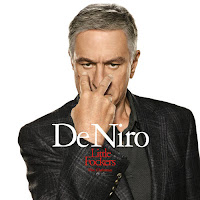 The birthday party of the twins would just be days ahead and they would held it to the new house garden. But the garden has a big hole in it. He tried to get the truck outside but after parking it he pressed the wrong lever and made all the soils be poured into Jack. They only have seconds to find where Jack is or else he will die. Jack tried to find him but Kevin found him first. Things are not lookin up for him.

They went to visit the school (Jack and Greg's impression to the headmistress that they are into a relationship but they told her that they are in-laws), on the interview, Henry was asked some questions and he somehow blurted out that he saw her dad put a syringe on his granpa (Jack took some pills Sustengo from Greg's cabinet. The sustengo is an erectile dysfunction drug that Jack agreed to be one of the speaker to introduced the drug from Andi Garcia (Jessica Alba), a sexy pharmaceutical company representative. Jack took the drug but he can't get it down so greg injected him in the penis to make it shrink. Jack shouted and theres was a second shout heard at the door of the comfort room. it was henry. Jack told Greg he would hypnotize Henry so that he would forget what he saw but Greg told him he will take care of it. He instead told henry that what he saw is--Daddy is helping Granpa to pee). With that incident Greg's chances of pleasing Jack is going downhill.

Jack, suspicious that Greg might be like his other son-in-law, begins to spy on him. He thought that Greg is having an affair with Andi, which was not true (he has some misundertanding when he saw Andi naked on the Focker's new house garden naked due to her drunkenness. Jack suggest to Pam it might be better to divorce Greg and resume her relationship with Kevin.

Greg met Bob in a bar, he told Greg that he has never been happier after getting off "the hamster wheel" and he was Jack's first choice to lead the family and gave him the name "The BobFather". Upon learning that, he got upset with Jack.

They fought at the twins party but Jack had a heart attack. Kevin was about to do something but Jack told him to call 911. They should leave it to the experts. Jack's life is on the line so he wants it to be safe and sure. Greg and Jack made up after the party. Jack told him while being wheeled into the ambulance that Greg has always been his first choice.

After four months, together with Pam and Greg's parents, they celebrate Christmas Day in their new house. Greg's parents gave Jack a present of a kippah, informing him that they traced his family roots back while nursing him back to health, and they discovered that he is part Jewish. Bernie informs them that he and Roz are moving to Chicago and are going to move two houses down from theirs. Jack and Dina decided that they will move too because they want to be near their grandchildren too. Pam and Greg are trying to wean their parents off the idea as the film ends.

During the credits, Jack tried to Google himself (he discover the power of google when he tried to get information from the CIA but was informed that he can just look up Andi's information from google). Jack watched a video of greg on YouTube and discovers a remixed version of it. It was during the seminar (introducing Sustengo to the doctors) wherein Greg was one of the speaker and he dishes his father-in-law.

The film was another comic masterpiece and captures all the actor's experiences in a new light. It was hilarious. Maybe they would have another sequel of it after a few years :)
Posted by missyphoebe at 2:42:00 PM